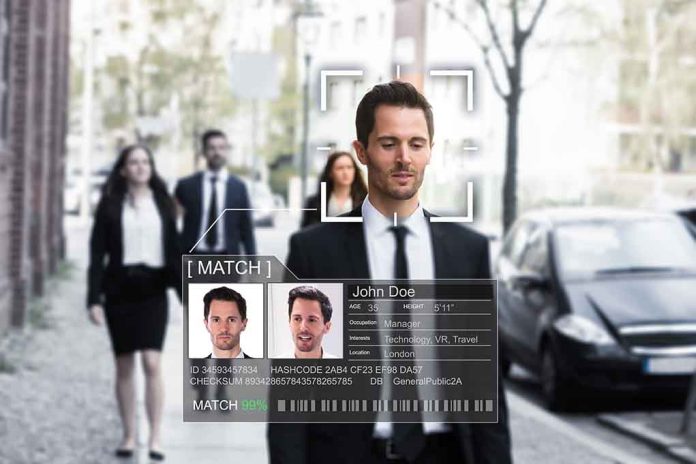 (RightWing.org) – Artificial intelligence (AI) is taking the globe by storm. Big Tech companies like Facebook and Twitter started using it to enhance their so-called moderation efforts, and law enforcement has begun using the service of AI companies to strengthen their investigative efforts. One such company plans to expand its database to include nearly every human on earth — if one believes its recent claim.

On February 16, The Washington Post (WaPo) reported it had obtained a copy of Clearview AI‘s December 2021 financial presentation. According to WaPo, Clearview’s 55-page report revealed its plan to expand its databases to include 100 billion facial images by the end of 2022. Additionally, the presentation claimed that nearly “everyone in the world will be identifiable” using its system.

Scoop: I got Clearview AI's big new pitch to investors. The facial recognition giant wants to work with private companies in retail and the gig economy. And with $50 million, they said they can get to 100 billion faces, enough to identify everyone on earth https://t.co/250YN8YOmN

It gets worse. The AI company also claimed it is developing technology to scan a person’s fingerprints from afar and track their location using a photograph. Additionally, Clearview AI hopes to expand its technological ability to identify people based on their gait.

Thankfully, the WaPo report did express some skepticism about Clearview’s claims, noting it designed the presentation for potential investors and the company’s real objectives remain unclear.

A federal judge has allowed cases to proceed against Clearview’s faceprinting of billions of people without their consent. This is a big victory for everyone’s biometric privacy. https://t.co/Ff4qfzZhvM

As a final note, it appears there’s an effective way for civil rights advocates to push back against Clearview’s effort, at least on a limited basis for now. The company faces legal challenges in both the federal and state court systems in Illinois for violating the state’s Biometric Information Privacy Act, which requires an individual’s consent before collecting their facial images.