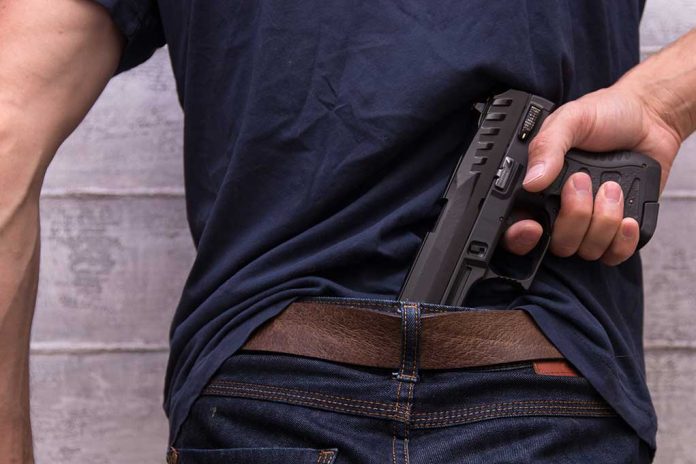 AG Unveils “WORKAROUNDS” To Strip Americans Of 2A Rights

(RightWing.org) – If you can’t beat them, find another way… that appears to be the position of California Attorney General Rob Bonta. On Thursday, June 24, the US Supreme Court (SCOTUS) in New York State Rifle & Pistol Ass’n v. Bruen overruled a New York law that required a “just cause” before officials would issue a concealed carry permit. The ruling didn’t just impact New York, but also a similar California law.

Now that California can no longer use “just cause” to deny someone a firearm permit who isn’t a convicted criminal, they are resorting to another tactic to get around the SCOTUS ruling. The Golden State has a little-known and little-used law. If someone is not of “good moral character,” the state authorities could still deny a concealed carry permit since the Bruen case didn’t address moral failures and gun ownership.

California To Decide Who Is Moral and Immoral

The AG’s office has determined that the “good moral character” law is Constitutional. Therefore, the state can deny virtually anyone a permit if they decide someone’s moral character doesn’t qualify them for a gun license. Not only is the law highly subjective, but it’s also a complete violation of the First and Second Amendments.

So, if you live in California and have a different perspective or political leaning than the government, you could be on the outs. Reason Magazine writer Eugene Volokh noted that the Riverside County Sheriff’s Department uses the following criteria to establish good moral character:

Here’s the worst part. Investigators can dig into your past and talk with people who know or knew you, ask for references, search for public information about your finances and other records, and even dig through your social media accounts to see if you’ve posted anything they deem immoral.

Does the Constitution Establish a Means Test for Gun Ownership or Conceal Carry Permits?

Since the country’s founding in 1787, the SCOTUS has repeatedly ruled that the government cannot restrict one’s Constitutional protections. Every American has the right to free speech, assembly, religion, gun ownership, etc.

Yet, California believes it’s above the Constitution. So, the question is, does the moral good standing provision violate the Equal Protection clause? If one protested for BLM, is that different from one who voices concerns about Critical Race Theory? If someone is for abortion versus against it, is there a moral failing by one over the other?

The whole point of the First Amendment and the Bill of Rights is to prevent the government from doing what California is attempting. The government is not supposed to be in the business of subjectively deciding if one person is better than another, aside from breaking a legitimate law.

Here’s the challenge… The Bruen lawsuit was filed in 2018. It took four years for the Supreme Court to decide the matter. That could mean that California could flippantly violate constitutional rights for four years without any consequences.

The real question is, does anyone in America think the California good moral character law would set a bad precedent, or is it a good idea?