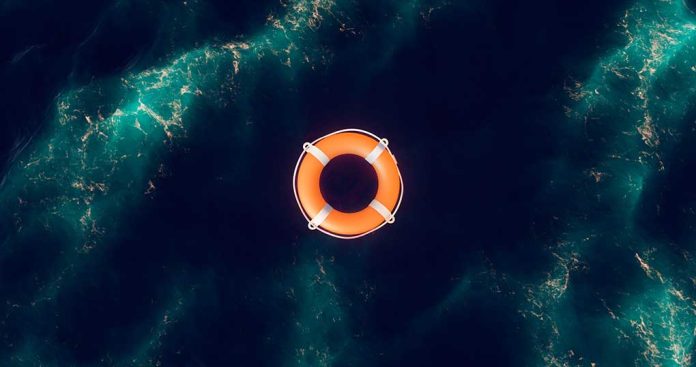 (RightWing.org) – Could abortion upend the 2022 midterm elections and throw a wrench in Republican hopes of taking back the House and Senate? Democrats certainly hope so, and the timing of a decision in June or July suggests it could be good for them. On Wednesday, December 1, the US Supreme Court (SCOTUS) heard an abortion case that could overturn or gut part of the controversial 1973 Roe v. Wade ruling that polarized much of America.

The 6-3 Republican-led court appeared ready to overturn Roe in oral arguments. Over the weekend, Democrats argued that it would somehow ruin abortion for millions of women in America if they did. If that’s true, it’s startling. The Centers for Disease Control (CDC) says approximately 625,000 abortions took place in 2019. Politically, it’s a scare tactic that Democrats hope will play into their hands and save them from their horrendous record over 2021 and into 2022.

Will abortion save Democrats?

Don’t count on it.

Abortion Not the Defining Issue It Once Was

At the heart of the legal case is federalism. Does the Constitution grant the SCOTUS the power to institute a social program, or does that power belong to the states? How the justices interpret the Bill of Rights, and the rest of the Constitution will answer that question.

In 1973, Justice William Blackmun revised history to suggest that abortion was an acceptable practice in early America. However, scholars refuted the academic source and determined Blackmun’s source was highly misleading and false. On Wednesday, the historical question came back up again, and it’s not likely to get past the court this time around.

Over the weekend, Democrats made the rounds on the Sunday morning talk shows. Once again, they are trying to whip up support from pro-choice activists and hard-core believers. There’s only one problem: they already have their support. The fact the high court even heard the case was enough to catalyze them. It’s the rest of the country that is a problem for Democrats.

According to the polls, abortion isn’t the issue it used to be in times past. In a recent Economist/YouGov poll, only 4% of Americans ranked abortion as their top issue. There are indications this is a real trend playing out at election polls. In the November election that saw Republicans sweep the once blue state for the first time in nearly a decade, abortion didn’t even rank among voters. Suburban women who voted for Biden in 2020 flipped and voted for self-declared pro-life Republican candidates. They weren’t voting on abortion; instead, they voted on the economy and education. One prominent Democrat pollster is sounding the alarms that the Democrats are in real trouble.

Other Issues More Important Than Abortion

When it costs nearly double the amount of money to fill up the gas tank, grocery prices are exploding, and the value of the money in the bank account is worth less, people tend to respond at the polls. In those moments, it doesn’t matter which social issues are driving culture wars. If people feel that their quality of life is in decline, they’ll vote those interests over abortion all day long, except for the hard-core abortion voters on both sides.

The fact is, most people are wary of the abortion argument after 50 years of fighting about it. The Supreme Court isn’t going to stop abortion. It could re-institute federalism as intended by the framers and force Congress, the state legislatures, and governors to decide what’s best for their citizens. That’s the uniqueness of the American system.

The federal government, especially the courts, shouldn’t be resolving important social issues. The politicians at the state level should be doing the hard work. That’s where the founding fathers meant American democracy to happen to ensure that no one individual or group could seize power and steamroll Americans.

The abortion conversation will settle down until the Supreme Court’s decision. Once the court makes a ruling early next summer, it will heat up for a week or two and dissipate. By the fall, it won’t be a significant issue in most voters’ minds. That won’t stop Democrats from trying to make the case.

The only problem is, most Americans won’t be voting on abortion. They’ll be voting as a referendum on Biden and the Democratic-led Congress.