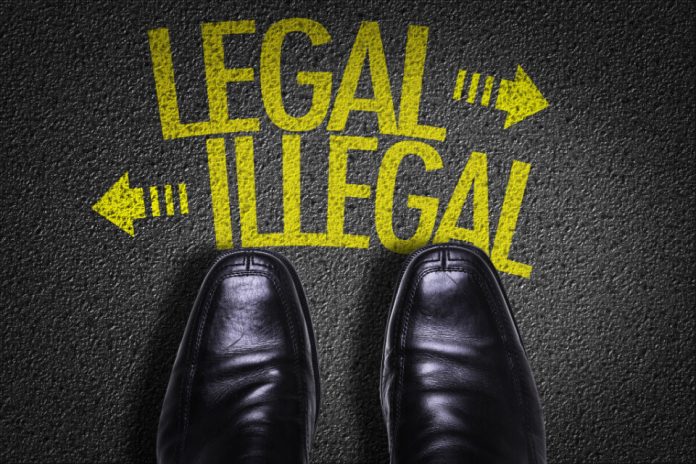 (RightWing.org) – On June 24, the US Supreme Court (SCOTUS) ruled in Dobbs v. Jackson Women’s Health Organization that the US Constitution does not explicitly allow abortion. The 6-3 majority opinion overturned Roe v. Wade and said the issue could be decided by the people and the elected representatives in their states. In July, the American Civil Liberties Union (ACLU) of Georgia filed a lawsuit against a new state law prohibiting abortions after six weeks of pregnancy.

The ACLU argued the law violated the Georgia Constitution’s right to privacy and forced women to give birth. On Tuesday, November 15, Fulton County Superior Court Judge Robert McBurney ruled in favor of the plaintiff. Yet, his ruling wasn’t because of the claim; he invalidated it for another reason.

McBurney’s decision rested on a different premise in the lawsuit. He said the abortion ban was invalid because it was signed into law in 2019. Even though the law didn’t go into effect until the SCOTUS overturned Roe, at the time of the signing, the 1973 decision was still in force under precedent. He ruled this made the law unconstitutional. The judge ordered the ruling effective immediately across the state.

Georgia Attorney General spokesperson Kara Richardson said state attorneys filed an appeal and would dutifully fulfill their responsibility to defend the law in the courts. A spokesperson for Gov. Brian Kemp (R), Andrew Isenhour, said the “personal beliefs of the judge” overrode the will of the people’s elected representatives. He stated the state would fight for unborn children.

State Rep. Ed Setzler (R) sponsored the legislation, saying he was confident the Georgia Supreme Court would reinstate the controversial ban. The law states that once a human heart is detectable, abortion is illegal. An embryo’s cardiac activity can be heard with ultrasound around six weeks of pregnancy.

The 11th Circuit Court of Appeals allowed Georgia to begin enforcing its new law in July. Still, McBurney said when the law was enacted in 2019, it wasn’t constitutional for governments to ban abortion prior to viability. He said the result was the law was not effective at the time of its signing and is not the law of Georgia now.

However, the judge left open the possibility for the legislature to potentially pass the ban again under Dobbs, and the governor could sign it into law now that Roe has been overturned.

The ruling could add to the campaign pressures on the US Senate runoff election between incumbent Democrat Raphael Warnock (D-GA) and Senate Republican hopeful Hershel Walker on December 6.

Look Who Mitch McConnell is Blaming For Senate Defeats!