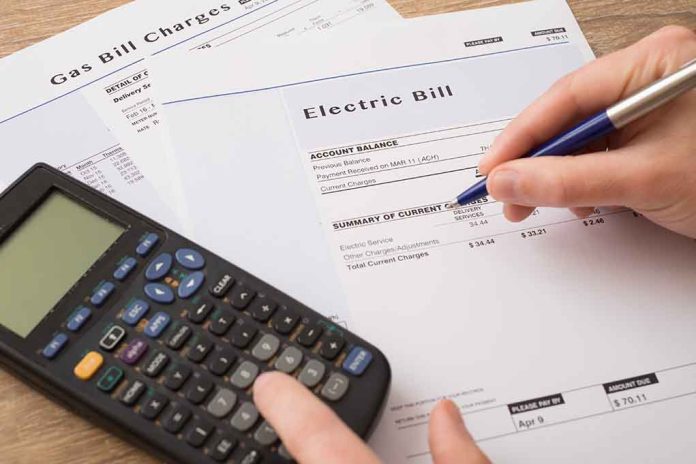 WARNING – A “Tsunami Of Power Shutoffs” Is Coming To The US

(RightWing.org) – Many Americans believe that electricity is a lot like air. When one takes a breath, it’s there. Likewise, when you flip the switch, the lights come on. The difference is that air is always plentiful. On the other hand, power only exists when the energy industry does the hard work of extracting and converting fuel sources into electricity. It’s a principle that appeared lost on President Joe Biden before and after he assumed office in January 2021.

According to an article by Bloomberg on Tuesday, August 23, around 1 in 6 households are behind on their electric bills. That’s approximately 20 million Americans who face losing refrigeration for food or air conditioning for the remainder of the summer or heat this winter. The causes aren’t complicated, and the hole dug for the lower working class may be more than challenging to get out of in the months and years ahead.

The Causes Are Plentiful

The consequences of COVID-19 pandemic policies played a role in the evolving utility crisis. Yet, the main culprit is environmental policies by congressional Democrats and President Biden. In 2020, then-Democratic presidential candidate Joe Biden promised voters he would eradicate fossil fuels. On day one of his administration, he signed an executive order implementing his plan to start the process of converting the country over to renewable energies.

The president revoked the Keystone XL Pipeline permit and prohibited new drilling on federal lands. He pursued policies that would cut back on energy production. By summer 2021, gas prices were already rising, as was the cost of extracting coal and natural gas — products used by electric generation companies to create an ample supply of power.

As the energy demand remained stable, the supply decreased. Industry expert Mark Mills, a fellow at the Manhattan Institute, said it’s impossible to create the same amount of power from wind and solar that America currently gets from fossil fuels. The only way to reach the administration’s environmental goals is to lower the standard of living and increase costs. Still, scientists have not invented a single thing as efficient as hydrocarbons (oil, gas, and coal) that are inexpensive, stable, and safe.

Since 2020, utility prices have skyrocketed 30%, along with everything else. Food costs continue to surge as the administration praises gas price declines. It’s true that $4 per gallon beats $5, but it’s still too high and painful for drivers.

While the Left tries to push quickly for an energy revolution, the working poor are paying a steep price. Some households are thousands of dollars behind on their electric bills, and the collector wants his money. Some say energy companies will soon shut off the power to a massive number of households.

The media is introducing a new word to the American language — energy poverty.

So, is the US doomed to become like Europe, which is in deep energy poverty?

If that happens, it could be a crisis of our own making.