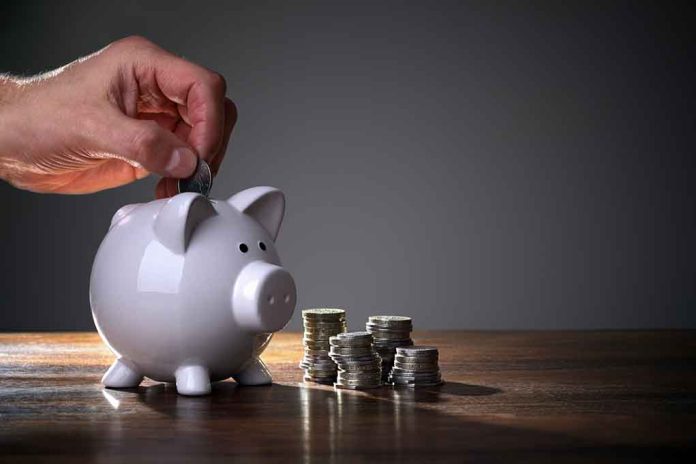 Currency REVERSAL – This Could Stop Globalism In Its Tracks!

(RightWing.org) – Recent studies by MIT and the Journal of Applied Psychology found the increased use of plastic and digital alternatives to cash has led to careless spending. Individuals using those modern payment methods don’t experience dollars leaving their pocketbooks and wallets and tend to purchase items recklessly. As the world’s economies continue reopening as COVID-19 appears to wind down, the UK is seeing a return to paper currency as its citizens battle inflation.

The World Economic Forum has been promoting a “cashless society” since 2020, claiming the shift could be one of the world’s “greatest assets” in the war against organized crime and government corruption. According to its reasoning, plastic and digital currency create paper trails leading to reduced crime.

However, people in the UK have recently returned to using hard cash in unprecedented numbers. For instance, the Guardian recently reported that roughly 3.3 billion British pounds ($2 Billion US dollars) were “deposited and withdrawn” from the Royal Mail system’s 11,500 branch locations, equating to about £801 million in personal cash withdrawals.

UK officials attribute the rising use of cash to individuals wanting to combat inflation, spend less, and save more. The Royal Mail’s banking director told The Guardian their “latest figures” show the UK “is anything but a cashless society.”

Have you noticed a similar trend in the United States? Are you turning to cash more than you did in the past?