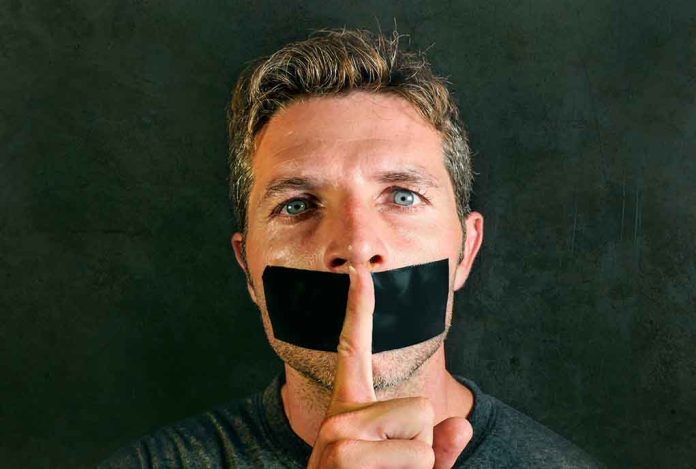 A New Form Of “Terrorism” is Being Pushed

(RightWing.org) – You’re probably familiar with the children’s rhyme about “sticks and stones” and “words shall never hurt me.” Children have used the phrase to push back against bullies for centuries. However, times have changed, and a new form of terrorism has emerged as a weapon to silence critics — the two-word phrase “stochastic terrorism.” Proving that words can indeed hurt.

Instances of the phrase “stochastic terrorism” have seen a massive spike online since 2016 and more recently in the last few months, as activists seek to de-platform and censor personalities and brands that refuse to hew to their particular worldview.https://t.co/rj3Mfu4v8C

On September 14, the Daily Caller published a brief analysis of the rise of the term stochastic terrorism and its use by Liberals. The meaning of the phrase is simple enough — it refers to an effort to incite violence through the careful use of words.

The term rose to prominence shortly before the 2016 presidential election. For example, Merriam-Webster was kind enough to provide a definition of the phrase on Twitter and gratuitously link it to a since-deleted article from Rolling Stone smearing then-presidential candidate Donald Trump in August 2016.

📈 'Stochastic terrorism' has been defined as the use of language "to incite random actors to carry out violent acts" https://t.co/E24ZoPjpRC

The Daily Caller spoke with experts like free speech research fellow Komi Frey who explained the use of sophisticated terms like stochastic are placed alongside an evocative term like “terrorism,” to capture people’s attention and can be used to throttle free speech.

Liberal activists and groups have used the phrase against others when reporting social media posts with opinions varying from their own as part of an effort to shut down their accounts.

Boston Children's Hospital is closed off because of a bomb threat. All because Libs of TikTok was offended at gender affirming care for trans teens.

Do you think of the rise of such words as stochastic terrorism will silence Conservatives?