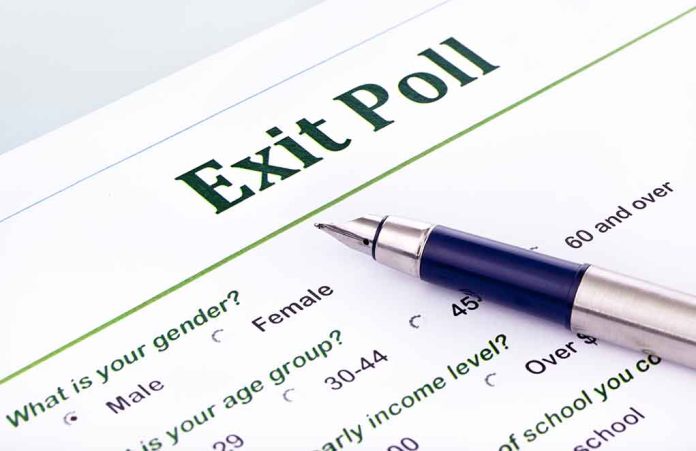 “Big Break” in Election From Gen Z and Millennials

(RightWing.org) – Now that the 2022 midterm elections are over, political analysts will start combing through data to try and learn what informed people’s votes. During every midterm and presidential year election cycle since 1970, pollsters have conducted what is known as “exit polls.” As voters leave a ballot location, interviewers normally attempt to get every third or fifth person to fill out a confidential questionnaire or answer a few questions. The data is then provided to major national news organizations to decipher.

Exit polls explain how people voted and why they cast a ballot for a candidate or political party. On Wednesday, November 9, NBC News released an exit poll showing Gen Zers and Millennials broke big with Democrats. Other groups tended to break with them as well, but not in as large a number.

Are America’s youngest voters casting ballots more for Democrats than other generations? An NBC News exit poll found those aged 18 to 29 voted for Democrats 63% of the time and Republicans 35% in the 2022 midterm election. As is typical in most elections, this group accounted for the fewest share of voters compared to older ones. Still, they voted at a higher margin for Democrats.

So, how did the data break down?

Gender and Race Broke Down Along Similar Lines

The NBC exit poll showed that 56% of men supported Republicans and 42% Democrats compared to 45% of women breaking with the GOP and 53% for Democrats. Ahead of the election, a Wall Street Journal poll indicated white suburban women were moving toward the GOP. NBC showed that white college graduate women voted 42% for Republicans, and those without degrees went 61% in favor of Republicans.

Along racial lines, 13% of black, 39% of Hispanics, 40% of Asians, and 54% of all others voted for the GOP. Still, the majority of the minority vote went to Democrats.