(RightWing.org) – Democrats say the darndest things. Democratic pundits in the media continually attempt to take credit for the economic successes that President Donald Trump achieved before the COVID-19 pandemic. Biden says he can do better. Unfortunately for him, his record suggests his policies would be a financial blow to the middle class.

Biden’s Economy Would Be a Regulatory Nightmare

The Obama/Biden economic recovery was the weakest since the Great Depression. It’s the only administration to never average more than 2.1% economic growth over 8 years, which is lower than the 2.9% average since World War II. In 2016, the Bureau of Labor Statistics (BLS) said 95 million Americans were not participating in the labor workforce.

Does that sound like a great American success story?

While political chatter revolves around the critical issues of taxation, some of the primary culprits to economic expansion or contraction are often regulations that are written into the tax code.

By 2016, Obama increased regulations that had the effect of draining $2 trillion out of the US economy. According to the Heritage Foundation, Obama added thousands of regulations over his 8 years, which cost $108 billion per year.

That could be a drop in the bucket compared to Biden’s plans if he wins in November.

When President Trump started undoing Obama’s regulations in 2017, the economy picked up significant steam. It reached 4.2% growth in the second quarter of 2018; a feat many said couldn’t be accomplished. Obama said Trump would need a “magic wand” to fix the economy — clearly, he didn’t.

The Far-Left Agenda Could Cripple the Middle Class

Ever since getting the majority of the delegate count in the Democratic primary, Biden has aligned his policies with the far left. He teamed up with socialists Sen. Bernie Sanders (I-VT) and Rep. Alexandria Ocasio-Cortez (D-NY), as well as far-left Sen. Elizabeth Warren (D-MA).

Biden’s regulatory policies will be crushing as he adds new burdens to banking, finance, environmental concerns, consumer affairs, and healthcare. New regulations that require carbon emission-free electricity could cost 1 million or more jobs. Additionally, Biden is proposing a 40% capital gains tax on every American and a carbon tax. His proposals for strict financial regulations could cause stock and retirement portfolios to take massive hits.

What if Biden fully adopts Warren’s objective of adding social justice politics into the Federal Reserve’s economic policies? The central bank could become highly polarizing, causing instability and interest rates to spike. That would affect everything from home mortgages and auto financing to credit cards and personal loans.

Biden Increased Taxes and Regulations Once Before

As a former US Senator and vice president, Biden increased taxes on millions of middle-class families. Obamacare imposed a tax of $695 on individuals and $2,085 on families of four for not having health insurance. In 2017, over 4.6 million households paid the individual mandate tax, according to Americans for Tax Reform. Of those, 3.4 million had adjusted gross incomes of less than $50,000.

If Biden’s new proposals for free college, student loan debt elimination, and a host of other far-left wishes weren’t enough, his past ideas on their own would be a severe blow to the middle class.

The difference this time is that his plans will be even more crushing to the middle class than during the Obama years. A Biden administration will try to convince America that its policies are working while they are failing America.

Biden has done it before, and he’ll do it again. 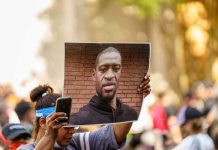 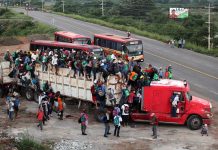 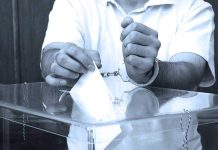