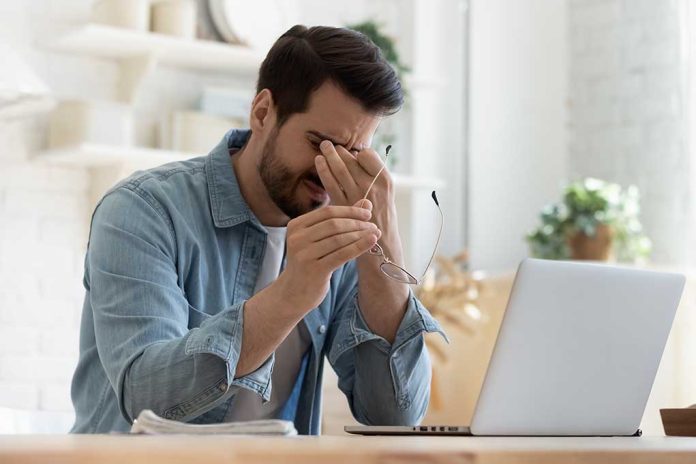 (RightWing.org) – In the years leading up to the Declaration of Independence on July 4, 1776, the British government tried to heavily censor the colonists’ media. Any unfavorable mentions of parliament or King George III were akin to treason. The initial criticism of the British government went as far back as 1720 and 1723, when the Cato Letters were written, declaring that the motherland was corrupt and overhanded. A generation later, the pre-revolutionary media used them to make a case for independence.

From the day of its inception, the media served two purposes:

The two go hand-in-hand. Perhaps that’s what’s leading Americans to grow distrustful of the media. According to a Gallup poll, only 36% have a “great deal” or “fair amount” of trust in the press. Consider how far they’ve come… from 1972 to 1976, 68% to 72% of Americans trusted the media. By 1997, it fell to 53%. Today, only partisans trust what they read, hear, or see from the press.

82% of Americans Tired of COVID News

Zogby stated that 82% of the media coverage of COVID-19 is fearmongering at best. Voters told pollsters by 67% that the media is scaring people, and 35% said they aren’t interested in watching the news.

The poll concluded that driving the coverage was fear. Why fear? Because fear drives viewers, and more viewers equals higher ratings and advertising returns. The more Americans panic, the better it is for them. As is clear over two decades, there is a pattern from 9/11, the War on Terror, and Trump.

Who’s it working on? Zogby said it’s primarily Americans 65 and older. The poll said 71% of those from 18 to 24 years of age believe the media is scaring people. That’s compared to the over 65 crowd at 58%. Men and women were virtually equal.

Perhaps the biggest differentiator was among partisan lines. Consider this breakdown of people who felt the media was scaring people:

While the pandemic isn’t likely to disappear anytime soon, the question is, how do we move forward? President Joe Biden continues to pursue an unreasonable zero-COVID policy. The media is all too willing to serve his kool-aid. Stuck in the middle are Americans who live with reality, but are also ready to move on with their lives.

Unfortunately, as long as Americans reward the media with high fear ratings, it’s unlikely to go away.