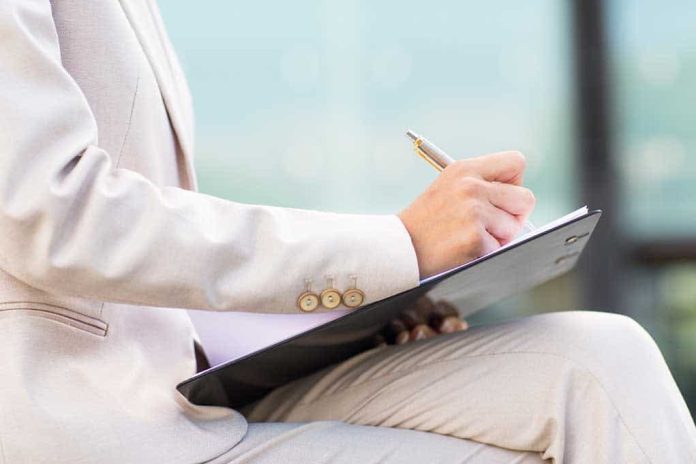 (RightWing.org) – Democrats have a rich history of contradictory behavior on the issues. They recently came out in support of ID requirements for individuals receiving COVID-19 vaccines — while opposing them for voting. Democrats have also taken the additional step of showing complete disregard for their own base regarding voter ID laws.

A new Rasmussen Reports poll found that 75% of Americans support laws requiring voters to show a photo ID before voting. Of particular note is the fact that 60% of Democrats polled support the measure. Only 21% oppose it.

Yet, despite this strong showing from their base, Democrats are hellbent on destroying voter ID laws. The Democratic-led House of Representatives recently passed HR1. Otherwise known as the “For the People Act,” the bill would override the states’ ability to pass laws requiring voter ID.

The bill is expected to tank in the Senate because passage requires 60 or more votes. However, Democrats are doing their best to change the filibuster rules so they can force bills like HR1 through that chamber.

Although it’s not surprising that Democrat lawmakers aren’t connecting with the American public at large, it speaks volumes that they have chosen to disregard their own voter base. What are they so afraid of?