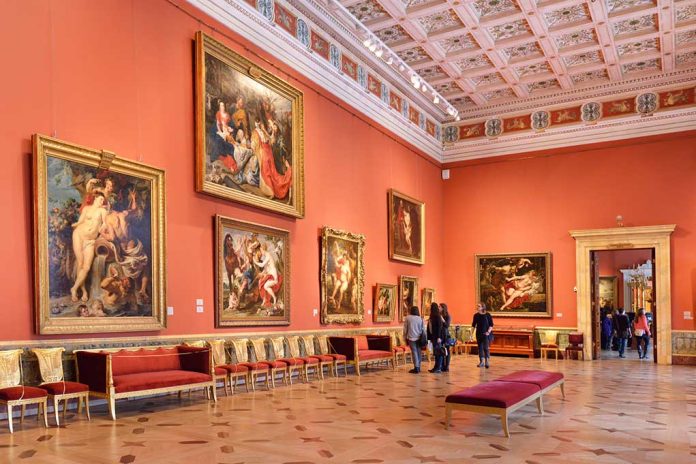 (RightWing.org) – America’s justice system seems to have fractured into two parts, one for the wealthy elite and the other for the rest of the country. The recent case of a billionaire and his collection of stolen riches should clear up any doubt the criminal justice system no longer pretends to treat everyone equally.

On December 6, Manhattan District Attorney Cy Vance announced his office reached a deal with billionaire Michael Steinhardt over his acquisition of stolen art and antiquities.

In all things, greed.
US billionaire with “rapacious appetite” surrenders $70m of stolen art.
If you or I receive stolen goods, we go to jail, which is only for the little people.https://t.co/1ABOZuHSOH

The collection came from nearly a dozen countries and involved multiple international smuggling networks. According to Vance, Steinhardt displayed a “rapacious appetite” for stolen artifacts and spent decades seeking and purchasing his extensive collection of ill-gotten treasures. Vance also accused the billionaire and former hedge fund manager of demonstrating a lack of “moral boundaries,” coupled with a disregard for the illegality of his actions.

Nevertheless, Vance agreed to a mere slap on the wrist for Steinhardt. In Vance’s estimation, the interests of justice demanded no jail time or fines. Instead, Steinhardt accepted a lifetime ban on the future acquisition of antiquities, and he agreed to surrender nearly 200 pieces of stolen ancient art valued at roughly $70 million.

Speaking of unequal justice, what do you think about the lack of a proper investigation into allegations the Clinton Foundation profited from selling a uranium mining company to the Russians? What about Hunter Biden profiteering from overseas energy companies and domestic art sales? What would happen to average citizens who did these things?