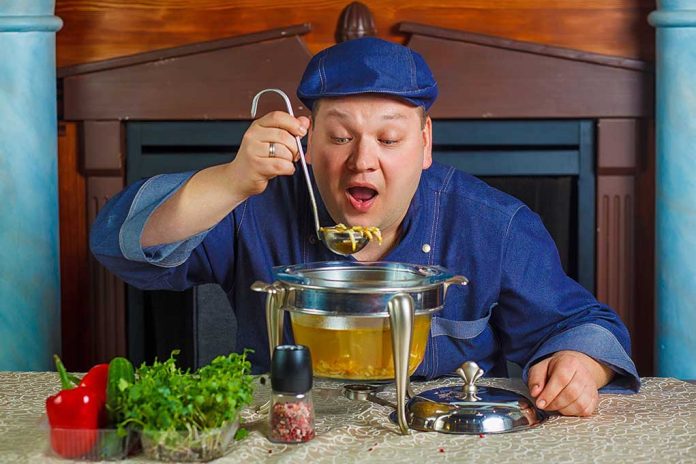 (RightWing.org) – Food: it’s what nourishes us, allows us to survive, and occasionally, allows us to come together with loved ones to make memories that last forever. It also just happens to be the source of some really strange legislation in the United States. From controlling when you can eat certain desserts, to what you can feed a moose in Alaska, these five examples of totally weird state food laws are still on the books.

1. No Sundae Funday in Oregon

Love the idea of going for ice cream after church? Sorry, this one isn’t for you if you happen to live in Oregon — unless you bring your own, anyway. It turns out an old law makes it illegal to eat ice cream on the Sabbath. This may be a spinoff from earlier laws that prevented businesses from opening up or serving customers on the same day.

2. No Sleeping on the Cheese in South Dakota

Look, working in a cheese factory is hard work. Delicious work, too, if you happen to be the resident taste tester. But, whatever your role, you should never curl up next to those beautiful golden wheels for a short nap. Not only are they uncomfortable to sleep on, but it is also technically against the law, too.

We guess this one is more about worker safety than anything else.

3. No Souper Slurping in New Jersey

No one likes a noisy eater who doesn’t chew with their mouth closed at the dinner table. But, when it comes to soup, chewing isn’t the issue. Sometimes you really do need to slurp to enjoy that deliciousness without burning your mouth. Unless you’re in New Jersey, where it’s technically against the law.

Maybe a straw will work instead?

4. No Partying With Local Moose in Alaska

If you’re living in or visiting Fairbanks, Alaska, you’re almost certain to see a moose now and again. These giant, towering beasts are native to the state. While they may strike an imposing figure at up to nine feet tall, it seems not everyone knows to keep a respectable distance from them. The city had to create a law making it illegal to feed moose alcohol at any time.

Sorry, no fun for Bullwinkle!

5. No Pre-Election Warm-Ups in Colorado

Election time is enough to make most people feel like they need a stiff drink, especially in the current political climate. For some Coloradans, however, it’s not an option. The state made it illegal to sell alcohol on the day people head to the polls, perhaps in a bid to prevent booze-fueled arguments between the Left and the Right.

Honorable mentions also go to three other pieces of legislation. Connecticut law states that pickles must bounce in order to truly be qualified as pickles, while Delaware makes highway picnics illegal. And, Idaho makes it a crime to give one’s sweetheart a box of candy weighing less than 50 lbs on Valentine’s Day. Bon Appétit!