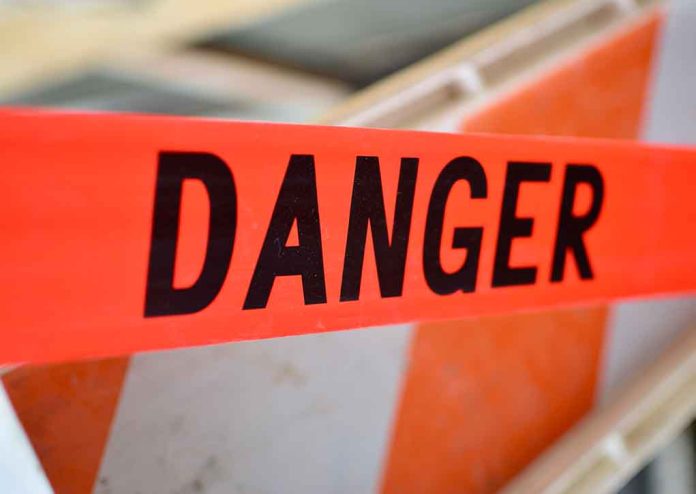 (RightWing.org) – Ukraine has now been fighting the Russian invaders for ten months — but even if Putin withdrew his troops tomorrow, the war would keep claiming lives for years to come. Huge swathes of Ukraine have been made dangerous by landmines and unexploded ordnances. Clearing the lethal explosives will cost a fortune and could take over a decade.

30 Percent Of Ukraine Is Contaminated With Deadly Landmines And Bombshttps://t.co/HNgcme4rgC

Since Russia invaded Ukraine on February 24, its forces have been locked in a bitter struggle to stop and repel the occupiers. That fight has seen huge quantities of ordnance fired by both sides, as well as heavy use of landmines. Ukraine has used anti-tank mines to counter Russia’s advantage in heavy armor; Russia has also used them to slow Ukrainian counterattacks and laid thousands of banned antipersonnel mines.

Now, more than 30% of Ukraine’s territory — an area the size of Florida — is littered with mines and unexploded shells, bombs and missiles.

The deadly explosives are thickest in areas where troops have retreated, but Russia has also used aircraft and artillery to scatter mines over other areas. They’re already taking a toll; last week, an 8-year-old boy was killed by an antipersonnel mine in the recently liberated city of Kherson.

Clearing the mines and other ordnance will likely take at least 10 years and cost millions of dollars. The Falkland Islands were finally cleared of mines in 2020, 38 years after Argentina invaded them.

The US is already funding de-mining teams. Japan has offered funding, while Cambodia — which has decades of experience clearing mines from its own territory — will send instructors to train Ukrainian clearance teams. Even with all that help, though, mines and other explosives are bound to kill many more people before they are cleared.