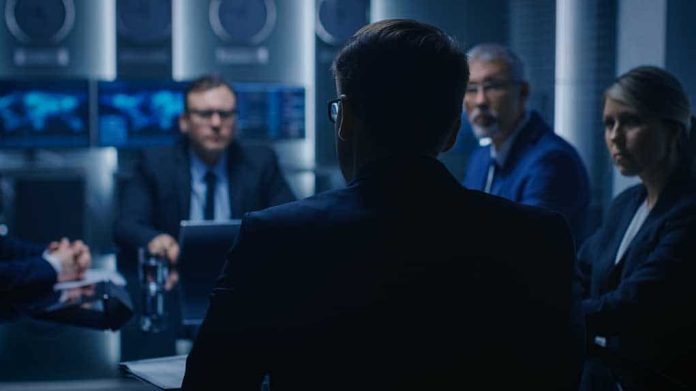 (RightWing.org) – For the last two months, many Democrats and Republicans called for healing and unity among Americans. It appears that getting there is easier said than done. You see, some Democrats are up to the usual game of playing politics, blaming Republicans, and demagoguing in the process.

On Wednesday, January 13, 30 Democrats suggested that some Republican lawmakers assisted rioters during the Capitol Hill riots on January 6. Led by Rep. Mikie Sherrill (D-NJ), they demand that the House and Senate sergeants-at-arms investigate the matter. In a live Facebook video, Sherill contends that unusual activity was coming from Republicans on January 5, the day before the riot.

Today I joined with more than 30 of my colleagues in requesting an investigation from the Acting House SAA, Acting Senate SAA, and USCP into the suspicious behavior and access given to visitors to the Capitol Complex on Jan. 5, 2021 – the day before the attacks on the Capitol. pic.twitter.com/zpPUSUuSrj

In the letter, the 30 Democrats suggest that Capitol building tours were a “noticeable and concerning departure” from practices put in place after COVID-19. Sherrill contends that she witnessed members of Congress help people gain access to the building for what she termed “reconnaissance” tours. The letter does not mention anyone by name.

Repeating a familiar refrain from Democrats, the letter accused GOP lawmakers of participating with President Donald Trump in inciting the protestors. As evidence, Rep. James Clyburn (D-SC) outright stated that someone on the inside must be culpable as protestors were witnessed coming through side doors. The problem with Clyburn’s statement is there are hundreds of videos on Twitter alone showing Capitol police opening the doors and allowing people to walk right into the building.

However, not everyone who signed the document witnessed anything abnormal on January 5. Rep. Andre Carson (D-IN) told Fox News that he didn’t see what Sherill claims she witnessed. Yet, he is willing to take her word for it and ask that the allegations be investigated.

Instead of writing a letter signed by 30 Democrats that could inflame partisan tensions, perhaps a softer approach was warranted?

During times such as these when tensions are running high, it’s better to take actions that aren’t inflammatory. That’s the opposite of what just happened.

It’s never improper to involve law enforcement, such as notifying the sergeant-at-arms, when there is a potential problem that one feels warrants their services. However, this instance of going public in a political letter serves as a good reminder that it’s helpful to take a step back and remember that appearances may not be as they seem when emotions are running high. Ask questions, seek clarity, and allow the proper authorities to figure out the facts.

If law enforcement is given the opportunity to solve a potential crime or determine it wasn’t committed free from political interference, it’s better for the nation. Then, the public will be ready to receive the news free from partisan or biased perceptions, no matter what that news may be.