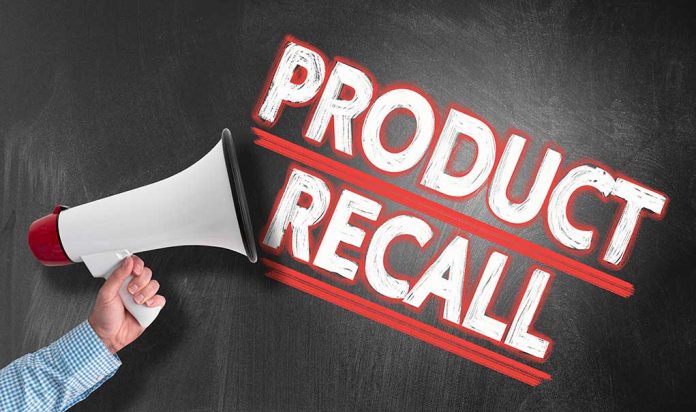 (RightWing.org) – Fears that metal shavings may contaminate over 80 tons of peanut butter has prompted a recall. Skippy Foods is warning anyone who’s purchased several of its products to return them for exchange. Are you at risk?

On March 30, the Food and Drug Administration announced Skippy Foods LLC, a Hormel subsidiary, issued a voluntary recall of more than 9,300 cases of peanut butter. The FDA says there’s a possibility some of the jars could contain tiny pieces of “stainless steel” believed to have broken off a machine in the factory.

The recall only affects some products packaged in the space of a few days. The recalled products are:

Skippy says anyone who has bought affected products should take them back to the retailer where they bought them and exchange them for an unaffected one.