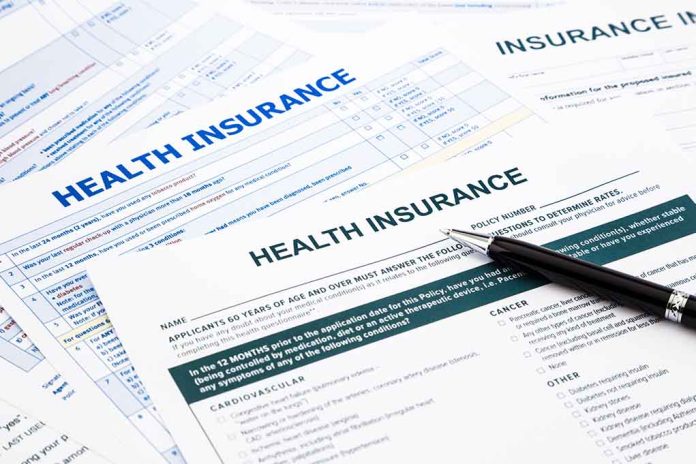 (RightWing.org) – For millions of Americans, the first two years of the pandemic were terrifying. The new virus created a severe public health crisis in March 2020. Medical experts struggled to understand the nature of the new disease and how to combat it while saving lives and protecting people’s health. In almost every state, businesses were closed; when they reopened, the landscape changed significantly.

In May 2020, 20 million Americans were receiving unemployment benefits. With people not working, it meant many lost their health insurance at a time it was needed the most in the event they became sick and needed medical care. Medicaid enrollment climbed to record highs. Now, 15 million Americans are about to lose that medical coverage.

In March 2020, Congress passed the Families First Coronavirus Response Act. It temporarily increased the amount of money the federal government injected into Medicaid to help offset the costs absorbed by states during the public health emergency. The additional funding helped states who might have had to cut spending due to a reduction in revenue and ensured the program stayed intact. In addition, the law also added additional protections for citizens. Not only did lawmakers prohibit the enactment of new eligibility restrictions, but the law also prevented states from terminating the government-run insurance during the emergency.

In 2021, a record high of 80 million people were on Medicaid. The Centers for Medicare and Medicaid Services said almost 9.9 million enrolled in Medicaid and the Children’s Health Insurance Program (CHIP) between February 2020 and January 2021. That was a 13.9% increase in enrollments.

Now, it appears that 15 million will start losing coverage under both programs around January 11.

An analysis by the Office of the Assistant Secretary for Planning Evaluation in the Department of Health and Human Services (HHS) department said approximately 8.2 million would lose Medicaid eligibility, and 5.3 million children will no longer qualify for CHIP.

The Biden administration set the date for the law’s provisions to end with the expiration of the state of emergency. Without the conditions of the law, regular income requirements and restrictions will once again apply.

Could the Programs Be Extended?

While the Biden administration set January 11 as the tentative termination date, some analysts expect the program will be extended. The White House had promised to notify recipients 60 days before officially ending benefits. Still, if the administration does extend the income and other restrictions, it would only put off the inevitable.

As people lose their insurance, it could cause them to visit emergency rooms and increase the cost of medical care. Some experts believe the loss of medical insurance could exacerbate the mental health crisis in America.

So, will the medical coverage be extended? Is this another example of the government making a difficult situation worse?